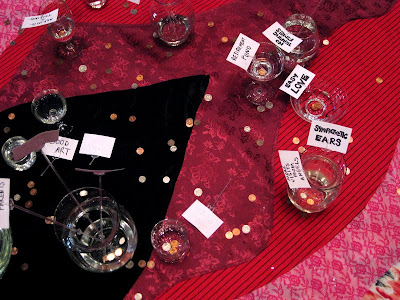 Visitors were invited to throw coins into the glasses, vases, and bowls in an effort to make our wishes come true. The concentric folds of the quilted rug echoed the circular architecture of the "The Onion" (Church of the Sepulveda Unitarian Universalist Society, North Hills). 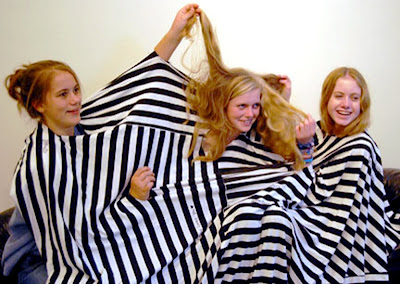 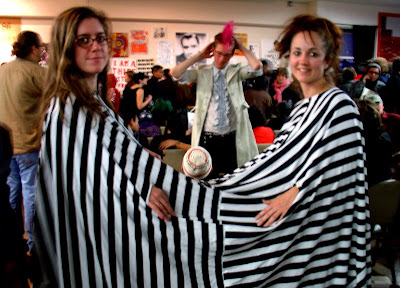 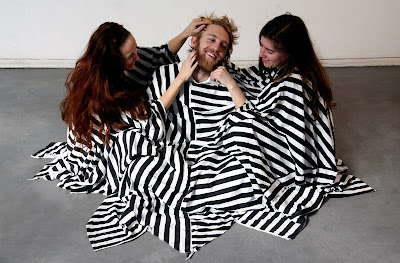 In this performance, CamLab invites one person at a time to put her/his head through the third hole in the costume in order to have her/his hair "combed" by the hands of CamLab. Each person who participates signs the costume afterwards. The lightweight fabric garment is extremely mobile, allowing CamLab to stage the performance virtually anywhere. It was initially developed for the Anarchist Bookfair at the Southern California Library for Social Research in Los Angeles, and will continue to be performed until there is no available signing space left on the costume. 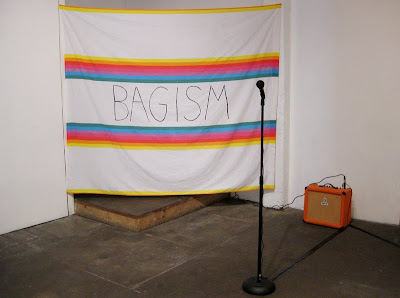 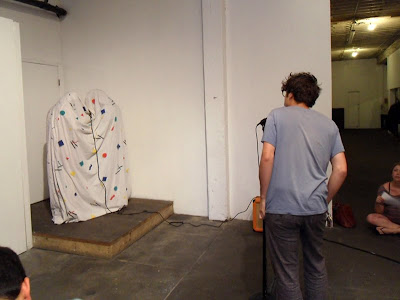 In the tradition of John and Yoko, CamLab entered a bag and took questions from the audience. Topics ranged from existential to everyday. The bag facilitated CamLab's enactment of a variety of voices. 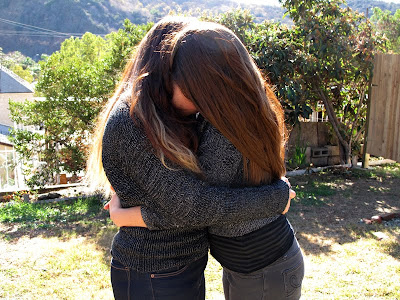 Dear Poi, At the end of our summer residency in Chicago, we planned to have our long hair fully braided together so we would live co-joined for the last 24 hours we were with each other, after which we’d cut off Anna’s hair so Jemima would wear it back to Australia. As we researched in preparation, we came across fetish websites devoted to amateur photography of women with extremely long hair. Often the visceral prominence of the hair in the images began to form another body. One photo that made us laugh was of a guy masturbating using a woman’s long hair. In the end we didn’t end up making our ‘hair work’ because it was too psychological for us to handle at that point in time. However, the project is still very much on our minds. Love, CamLab, 2010
digital photograph

A Day in the Studio (Viewer as Relational Object) 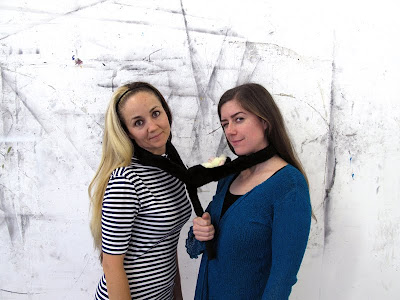 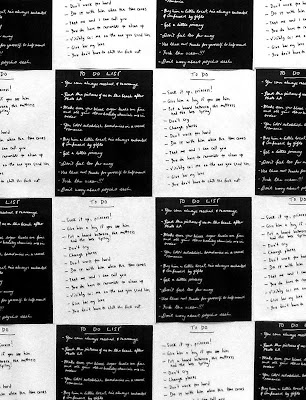 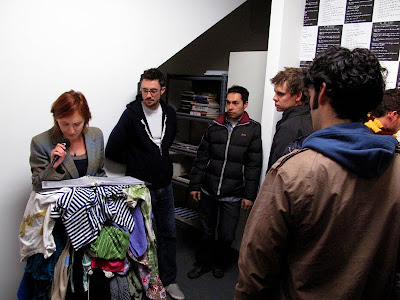 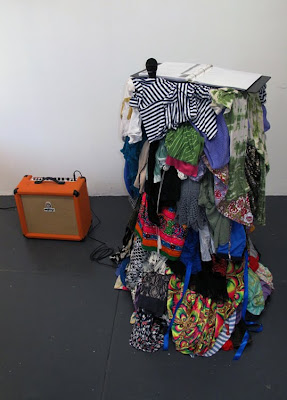 Visitors were invited to step up to the sculpture to read aloud from the research binder provided. The documents explored “psychoness” and were gathered from various sources including CamLab’s personal archive. 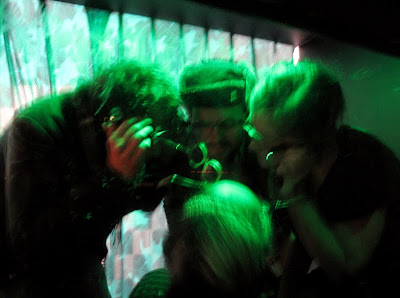 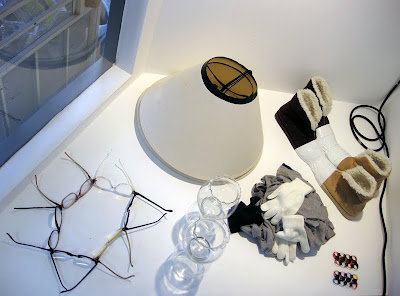 Recessional Objects (for Demonstration), 2009
performance with glass, spectacles, plastic jewelry, lampshades, clothing, shoes
“New Shapes” soundtrack for performance by Josh Mannis During the course of the exhibition opening for Emodes of Research, CamLab performed six 6-minute demonstrations of relational objects made from found materials. The performances took place in the “Night Alcove,” while the objects themselves were displayed in the gallery’s other (unmodified) recess. 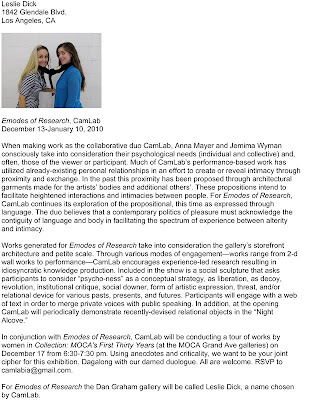