Reguarding Room at University of Houston 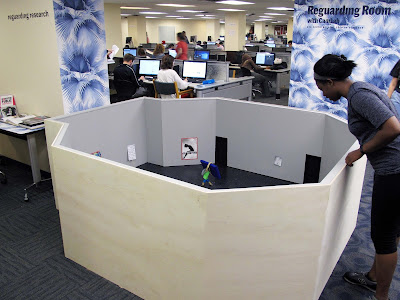 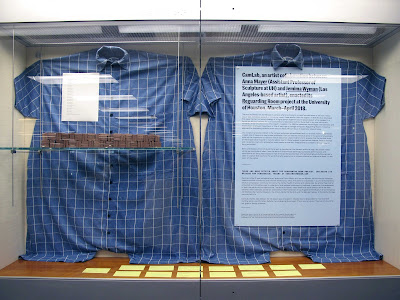 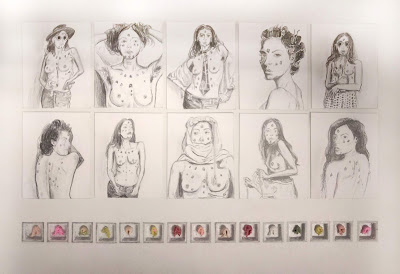 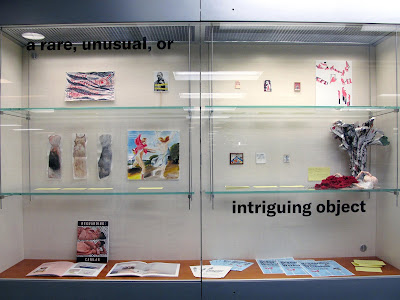 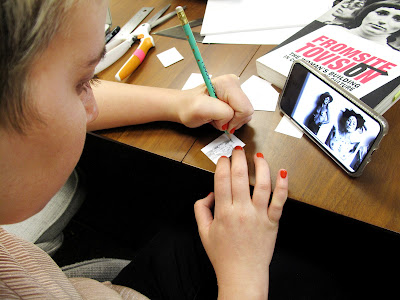 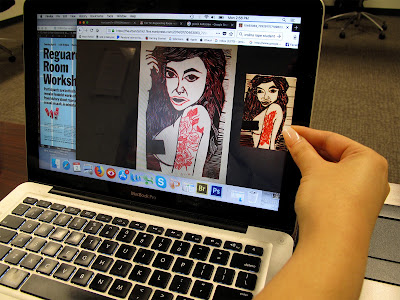 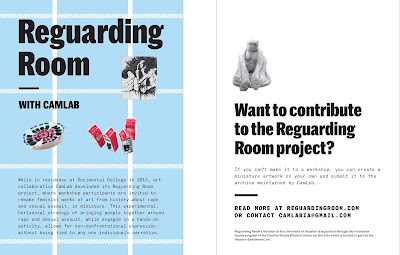 For a large-scale iteration of our Reguarding Room project at the University of Houston in Spring 2018 we conducted several hands-on workshops across campus. Participants made miniature versions of artworks from history with the subject matter of rape and sexual assault. We worked with students from the School of Social Work, from a Feminist group on campus, from the neighboring school Texas State University, and with students and faculty from numerous other programs as well as university alumni. The miniature artworks crafted in the campus workshops were exhibited in a to-scale model of the Rothko Chapel, one of Houston’s most prized landmarks, to insist on the importance of rape and sexual assault as subject matter, and to propose that the spiritual aims of the Chapel could expand to include radical care for those targeted by patriarchal violence. The exhibition took place at the MD Anderson Library at UH, hosted by Special Collections, in a thoroughfare populated by over 12,000 people daily.

Reguarding Room‘s iteration at UH was supported through the Innovation Grants program of the Cynthia Woods Mitchell Center for the Arts which is funded in part by Houston Endowment. The project is also supported by the sculpture program at the UH School of Art in the Kathrine G. McGovern College of the Arts.
Newer Posts Older Posts Home
Subscribe to: Posts (Atom)