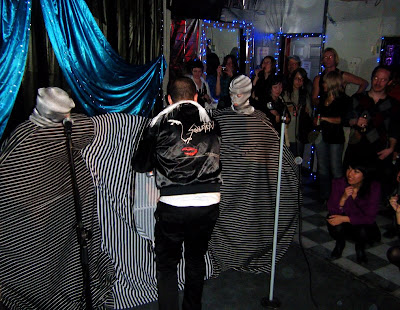 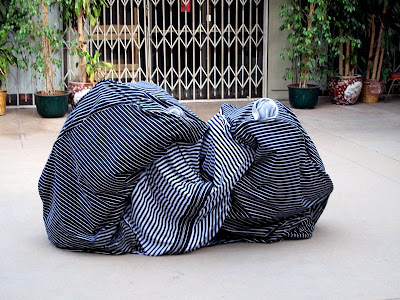 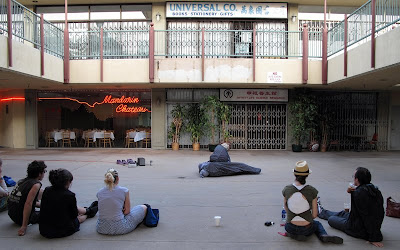 This three-chambered suit is designed to be occupied by CamLab and one or two other people at a time. Viewers are invited to zip themselves into the middle section in order to participate in a "non-verbal exchange". The internal walls are quilted with tactile fabrics that incorporate slits and tubes to facilitate the exchanges between chambers. Swoon Soon Suit premiered at a performance night at Los Angeles' oldest drag bar, the Silver Platter. Subsequently CamLab staged a more durational performance with the suit in Mandarin Plaza, Chinatown, Los Angeles.
Newer Post Older Post Home