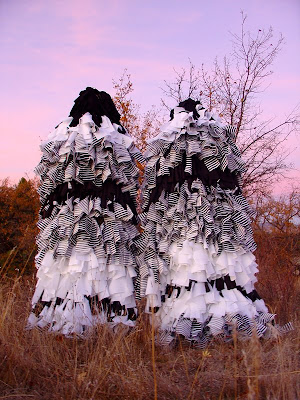 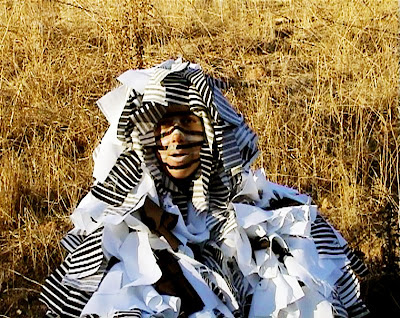 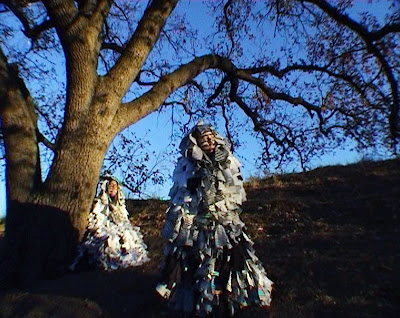 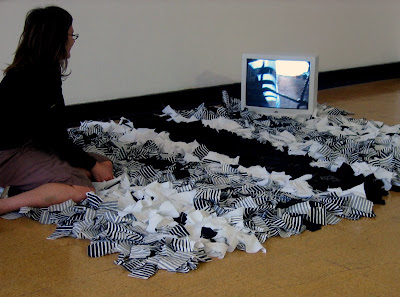 The video consists of footage of two identical creatures moving through various idyllic landscapes interspersed with talking-head broadcasts from frustrated hunters. Originally it was shown on a monitor placed on the two pelts made from fabric and nets that were used as costumes for the video.