No News is News No Better 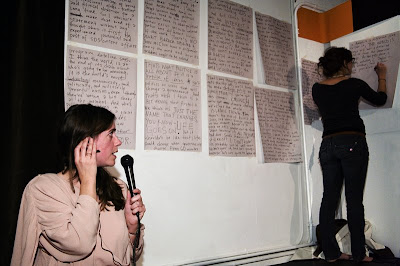 No News is News No Better, 2008
performance documentation

Performed between LA and Brisbane on November 4, 2008, Jemima phoned Anna from Australia, where it was November 5, and read a newspaper article on the subject of the US presidential election in its entirety. Anna relayed the article to the LA audience line-by-line as Jade Thacker transcribed the transmission onto multiple large sheets of paper. During the duration of the 40-minute performance, John McCain conceded the election.
Newer Post Older Post Home